The First and Modern Notion of Technology: from Linnaeus to Beckmann to Marx 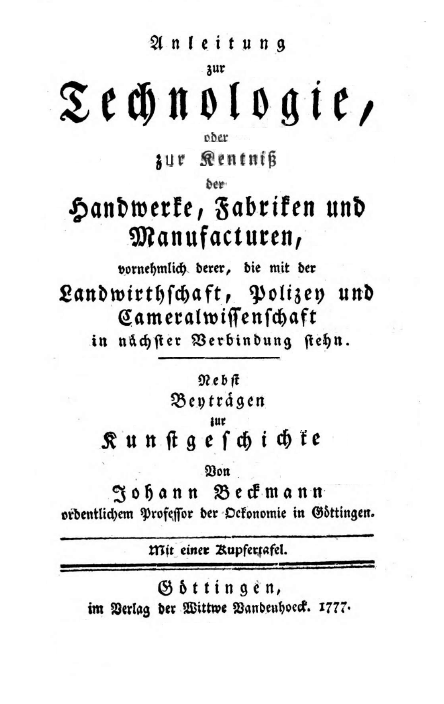 Abstract: The paper shows that the English language has great limitations in the treatment of the concept technology, and provides a rough but necessary taxonomy of the main uses of the term ‘technology’ in the present Anglo-Saxon debate on social sciences and humanities. Then, it shows the first steps of the modern notion of technology, which formerly referred to rhetoric and philology. Christian Wolff (1679 – 1754) introduced the notion of Technologia (in Latin) with little success within a philosophical essay in 1728. The actual development of technology (Technologie) as an autonomous subject is due to the work of Johann Beckmann (1739–1811), and particularly to his seminal work Anleitung zur Technologie (Direction for Technology, 1777), which draws significantly on Linnaeus’ work and the social requirements of Cameralism. Much time later, the notion of Technologie was taken up and re-elaborated by Karl Marx (1818-1883), inserted in the manuscripts preceding the Capital, and finally in the Capital (1867).