Ideology and Immanent Critique. On Mannheim, Althusser, and Adorno 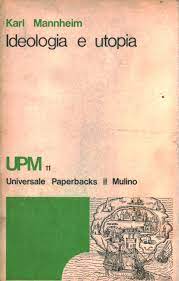 Abstract: The aim of this paper is to distinguish between two approaches to the notion of ideology. (i) Firstly, the all-encompassing notion of ideology, which stems from a view of society as total and without exterior. The two positions we subsume under this header, regardless of their substantial differences, are the sociology of knowledge as put forward by Mannheim and the Spinozist Marxism of Althusser. We argue that both positions ultimately fail to adequately address the problems of relativism and justified social critique. (ii) In the second part of our paper, we claim that Adorno offers a convincing alternative to the all-encompassing notion of ideology, stressing the fragility and openness of both society and ideology. Adorno’s critical approach is twofold, emphasizing two aspects of ideology and, concomitantly, as we demonstrate throughout the paper, immanent critique. On the one hand, Adorno points to the promise inherent to ideological notions. It is in the rupture between a postulated ideal and its insufficient realization that immanent critique – as conventionally conceived of – takes hold. On the other hand, Adorno presents us with the possibility of supplementing this conventional form of immanent critique with a second aspect, as ideology increasingly forfeits its justificatory function and retreats to the mere assertion that the fundamental structures of society cannot be changed. Ultimately, we claim that this second aspect can be conceived of as critique of social naturalization, which poses a necessary addition to the conventional concept of immanent critique.