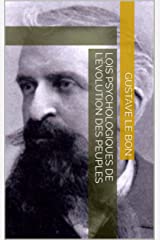 Abstract: This article offers a new reading of Gustave Le Bon’s thought, in particular regarding his conceptions of “crowd”, “race” and “people”. This paper tries to show the inconsistencies in the vision of the “crowd” proposed by Le Bon’s in his books Lois psychologiques de l’évolution des peuples (1894) and Psychologie des foules (1895). In fact, until 1894 Le Bon excluded that it was possible to arrest the process of degeneration of Latin races, and moreover he used the words “crowd”, “people” and “race” as substantially equivalent. On the contrary, in Psychologie des foules, he not only distinguished between “crowd”, “people” and “race”, but he also believed that it was possible to govern the masses by psychological manipulation. In order to carry out this radical revision, and to present himself as a Machiavelli of the “age des foules”, Le Bon must however modify some important points of his former conception of the psychology of people.