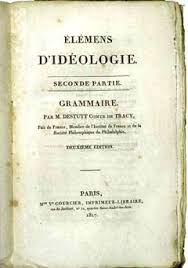 Abstract: The concept of “ideology” has acquired a complex multiplicity of meanings in the history of modern thought. They range from a positive interpretation of the concept to a profoundly negative interpretation. The first part of this essay illustrates the birth of the term during the late Enlightenment to clarify the three different definitions of ideology present in Marx’s work. In fact, in Marx’s thought ideology moves from a superstructural position to a position in the structure, according to what is treated the theme of fetishism in Capital. Particular emphasis is given to the originality of the conception of ideology in Antonio Gramsci’s Prison Notebooks, who profoundly innovates with respect to the Marxist tradition, reaching an enhancement of ideology as an indispensable function for the conquest of hegemony and the transition to a new historical-social formation. But in the essay there are also some very critical reflections on the limits of the conception of L. Althusser with his theory of the “Ideological State Apparatuses”.