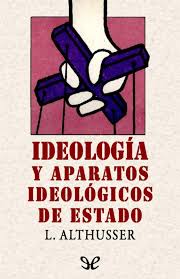 Abstract: I begin this essay by explaining several problems with ideology critique. First, it has a tendency to conflict with or undercut the goals of critical theory (Robin Celikates calls these “political-strategic” problems). Second, the theory of ideology rests on problematic ontological commitments and empirical assumptions. These charges, I argue, offer compelling reasons to reject ideology critique as a component of any emancipatory critical theory. And yet, there continues to be a distinct need for something like ideology critique within any critical social theory; we recognize many instances in which the oppressed seem to work “all by themselves” (i.e., without the direct oversight of an armed slave master) in support of (or at least in harmony with) the status quo. Critical theory seems faced with an impossible choice, then: Either take up an elitist, empirically suspect theory of ideology, or forego an essential critical tool. In the second part of my essay, I diagnose the root of this dilemma: Critical theory in its various radical forms has attempted to supplement a materialist critique of society with an idealist account of social reproduction (the theory of ideology). In order to overcome the contradiction at the heart of (would-be) egalitarian critical social theory, I suggest, we need to move past the idealist account of ideology. This essay argues that, in his work from the mid-1970s on, Althusser sketches out the foundations of just such a materialist theory of ideology. By filling in (and building upon) the foundations left by Althusser, I argue, we can rehabilitate ideology critique as a part of a more radically egalitarian critical theory.