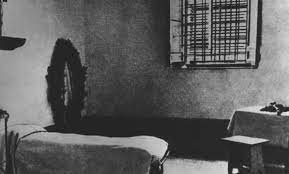 Abstract:This article reconstructs the conception of experimental sciences elaborated by Gramsci in his Prison Notebooks, by means of the diachronic and historicist criteria laid out by the new season of Gramscian studies opened by the activities of the National Edition of Gramsci’s works. The first paragraph investigates the historical and cultural reasons involved in the little attention for Gramsci’s reflections on sciences and traces some passages referring to the history of Italian intellectuals between the second postwar period and the 1960s. It is found that the first interpretations in the 1950s suffered from the conditionality of the Cold War and that in the 1960s the theme was neglected concurrently with the decline of Crocean and Gramscian historicism. The second paragraph reconstructs the critique of positivism in the writings of 1915-1918, in order to understand the nature of critique toward the positivistic conception of science in Prison Notebooks. Availing of the most recent critical studies, it is found that the youth critique of positivism is strongly influenced by the neoidealistic critique of material transcendence and by the philosophy of Benedetto Croce. The remaining paragraphs reconstruct the prison reflections on sciences and point out that Gramsci’s polemical objective is not only Bucharin’s sociological Marxism, but also the materialistic epistemology supported by Lenin in Materialism and Empiriocriticism, that marked the philosophical tendency of the Third Intenational. The article provides new items regarding Gramscian confrontation with Materialism and Empiriocriticism and sheds light on the different way in which the revolutionary Amadeo Bordiga interpreted Lenin’s book.