Abstract:   In this paper I will show that Aristotle’s notion of philía is relevant to social and political  philosophy,  inasmuch as it contains an  analysis  of  the fundamental forms of interaction that institute the social bond – a reading that I will contrast with current interpretations of philía which focus on the theory of moral virtue and on the relation between philía and love.  I will then try to show that the Hegelian notion of “recognition” can be understood as a modern reconstruction of philía as a theory of social agency. In particular, the Hegelian notion of … Continua a leggere 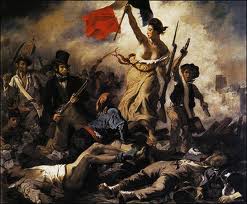 Abstract: This paper investigates the subtle differences between Rousseau’s and Hegel’s concepts of recognition.  It argues that the most important difference lies in the way each conceives of the relation between recognition and freedom.  For Rousseau, relations of equal recognition as citizens constitute a necessary condition of (political) freedom, whereas for Hegel freedom (“being-with-oneself-in-the-other”) consists in satisfying forms of recognition.  The second half explicates this Hegelian conception of freedom and reveals further important differences between the concepts: a) for Hegel recognition is a practical, normative phenomenon that implies placing limits on one’s own will; b) Hegel … Continua a leggere

ABSTRACT: Instead of trying to actualize a Hegel read through Mead’s eyes, exactly as Honneth has proposed to do it, this article proposes to contextualize Mead read through the lens of pragmatic Hegelianism developed by Dewey and Mead. Dewey elaborated the main ideas of his pragmatism not against Hegel but through his philosophy, and particularly during the phase of his collaboration with Mead in Chicago. The first part of this article focuses on the nature and the role of the connections to recognition in the Hegelian phase of Dewey and Mead’s pragmatism. The second part seeks to resituate … Continua a leggere