ABSTRACT. The essay draws on Hannah Arendt’s comment on a “consideration” by F. Kafka entitled Er [He]. This is a reflection on the relationship between thought and experience of historical time. Arendt elaborated a theory of radical contingency, wherein the formulations of thought spring forth as a “diagonal” from the clash between the dimentions of the past and the future, creating a suspension, a moment of fluctuation in the flow of chronological time. In the essay, this formulation is placed in comparison with W. Benjamin’s conception of the dialectical image, including Benjamin’s essay on Kafka and the figure … Continua a leggere 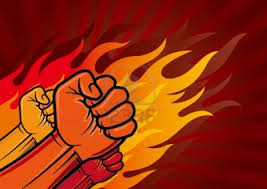 ABSTRACT: There are several critical views in contemporary political philosophy, supposing – each one in a different way- the political creation as a form of human emancipation.Alan Badiou’s and Jacques Rancière’s positions are the most significant: on one hand, they try to back up the reality of politics as a creative reality, whereas, on the other hand, they do not succeed in linking it to a real revolutionary prospect, because of some problems rising around imaginary centers, related to the “political nothing” and to the “democratic truth”. As Slavoj Žižek has outlined … Continua a leggere