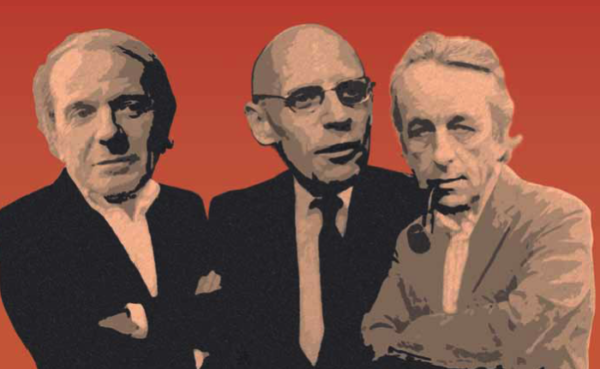 Abstract:The return of the figure of the people to the forefront of radical theorising in France can be contextualised and complicated by contrasting it with the relative hostility or indifference to it in the ambit of la pensée soixante-huit. For a spell, the people was largely displaced by collective formations that sought to escape the nation-state cage of political modernity, not just antagonistic conceptions of class, but all kinds of groups, movements, multiplicities, minorities, etc. This essay probes two theoretical episodes that can contribute to a critical archaeology of the people, namely Louis Althusser’s reading of Rousseau in the mid-1960s and Michel Foucault’s problematisation of popular justice in the early 1970s. In both we see how a critique of the modern (and Republican) figure of the people is accompanied by a militant anatomy of juridical ideology, and an effort to think forms of group formation and conflict irreducible to the dominant paradigms of political modernity.